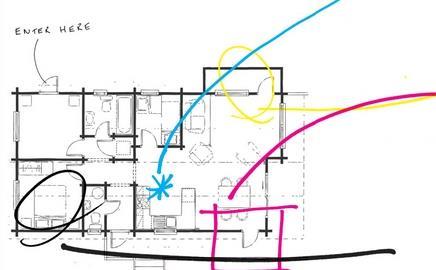 Our company profiles continue with a developer that is attempting to cope with the drop in sales of city-centre flats in northern England. Jon Neale takes a look around

Harrogate-based developer City Lofts was founded in 1997 by Stuart Wright, Tony Brooks and Ross Mansoori-Dara, anticipating the boom in city centre living. In the past decade it has completed 18 developments valued at £346m.

Based on City Loft’s figures, the prospects still look good. It has five developments under construction worth £308m, and a pipeline of 2,494 apartments. In December last year, it reported that in the six months to 30 June 2007 its profit was £6.3m on a turnover of £41.8m, compared with £9.5m profit for the previous 12 months.

But having listed on the alternative investment market and then being bought out for £12.9m by JER and Lehman Brothers, which then provided £18m of finance for development, there are now signs that the company is losing the Midas touch.

Last month, it emerged that two schemes – Kings Waterfront in Liverpool and Elphinstone Place in Glasgow – are to be taken back to the drawing board amid rumours that neither would stack up financially in the wake of the credit crunch and rising build costs.

Chief executive Stuart Wright explains: “We are now looking to redesign the plans based on current market forces.”

He says the company’s other projects – St Paul’s in Sheffield (316 flats), Milliner’s Wharf in Manchester (261 flats), and Half Tide Dock in Liverpool (121 flats) – are proceeding as planned.

Marcus Dixon, associate in Savills’ research department, believes this is a testing time for developers like City Lofts. “The main thing we are seeing, especially in the northern English city centres, is that buyers just aren’t there in the sort of numbers there were 18 months ago – partly because of sentiment, but also because investors are finding it difficult to get access to finance.

“The sums do not stack up either for buy-to-let investors. It used to make sense to accept relatively low rents, as capital growth was so strong, but that is no longer the case. People just aren’t going to be looking to buy in the numbers they have been.” He adds that if City Lofts wants to keep selling units, it will have to introduce incentives and reduce its prices – which will eat into profit margins.

The company is convinced its relationship with Conran & Partners – which is responsible for the internal and external design of all its schemes – differentiates its product from the thousands of Identikit flats that have sprung up in every provincial city over the past decade.

City Lofts’ business model is stuck between a rock and a hard place: the credit crunch and the slackness in the buy-to-let market. This is mainly because the company does not landbank. Instead, it buys a site, achieves planning and then forward sells as aggressively as possible. Ideally, all the units will be bought off-plan, which finances the project.

The situation gets more complex if those buyers are not forthcoming. Unlike a housebuilder, City Lofts cannot develop some of the scheme and sell those units before moving on to another part of the site. As one City analyst explains: “City-centre apartments have to be completely built before you can move people into them. Great if you can find the forward buyers, but if you can’t, financing that debt becomes a big issue. I wouldn’t be surprised if that is what City Lofts is facing.”

Examination of City Lofts’ last accounts, published in December last year, shows total debt of more than £160m, while sales for the six months to June 2007 amounted to just £41.8m.

Wright highlights the “solid relationship” with JER and Lehman Brothers and adds that equity funding is still forthcoming as part of that deal.

Wright says the company foresaw the current crisis a year ago and has been developing its rental arm, Vivacity, for three years. This business could benefit from the number of first-time buyers who are deferring purchase and remaining in rented accommodation.

“Where we have apartments to rent in Newcastle, Manchester, Liverpool, Leeds, Nottingham and Cardiff, we have a 90% occupancy rate,” says Wright. “In Newcastle we even have a tenant waiting list.”

Its other strategy, outlined in December’s interim financial statement, is “to seek more mixed-use schemes in the Greater London region and the South of England, with a less debt-intensive funding model that will reduce the dependence on the off-plan investor sales market”. It already has two schemes at planning stage in the South-east. At Chatham it has 27 acres that will eventually provide 1,000 apartments and houses alongside commercial facilities and 12 acres of open space at a gross development value of £260m. The other is a smaller project for up to 300 flats in Southampton.

However, this is easier said than done, as the City analyst explains: “I think a lot of people would like to do that sort of thing, but you can’t just move into that market at the drop of a hat. You need an entrenched position with the local authority and landowners, enough experienced personnel to manage big projects – and you probably need to know Ken Livingstone, the London mayor. It is a sound strategy, but whether it will pull it off is a different matter.”

Building has been asked to clarifty that the City Lofts referred to in this article is not in any way connected with Barnet-based City Lofts UK LLP, also known as City Lofts London. We are happy to do so.