Another executive board member leaves Interserve 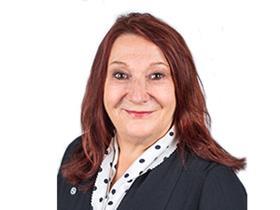 Interserve is rejigging its support services arm which will see the managing director of one part of the business go at the end of the month.

The firm said it has merged its 4,000-strong citizen services division, which carries out work in the justice, healthcare and learning sectors, with its wider support services business.

The move will see the boss of citizen services, Yvonne Thomas, a member of the firm’s executive board, leave to set up a new venture.

White took over responsibility of support services a year ago following the departure of Interserve veteran Bruce Melizan who left after nearly 15 years at the firm.

White said the latest changes had been made under the firm’s ongoing Fit for Growth strategy which she introduced last autumn in the wake of crippling losses on a string of energy-from-waste schemes.

Thomas (pictured) joined the business back in October 2011 after four years as a director at the Ministry of Justice.

News of a further restructure at the firm comes after Building this week revealed that another executive board member Robin O’Kelly had recently left Interserve. He was the group’s director of communications for seven years, serving on the executive board beside the group’s chief executive – first Adrian Ringrose and then White.

Interserve is currently in rescue talks with creditors as the group struggled to service its £600m debt pile.