Derwent at the start line for major Brixton scheme

Derwent is preparing for a major development in south London after snapping up a former council office in Brixton for £38m.

The developer has said it can achieve vacant possession of Blue Star House in the next few years and is planning to turn the 11-storey building into a significantly larger scheme. 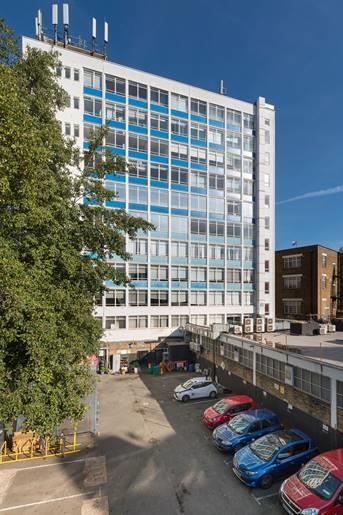 The 1960s building (pictured), which was once owned by Lambeth council, currently includes office space, and a Nando’s restaurant on the ground floor, along with two vacant floors.

The 53,750ft2 building sits on a site that includes a car park and is opposite the Brixton O2 Academy.

Derwent chief executive Paul Williams said: “With its excellent connectivity to the West End, we see this as an exciting addition to our substantial development pipeline.”

Derwent has a number of schemes on the go including Laing O’Rourke’s £195m deal to build a new mixed-use scheme above the Tottenham Court Road Crossrail station in central London.

And Skanska is also set to start on the £58m Featherstone Building office scheme near Old Street roundabout.