Twenty-one of the 26 claims were deemed to be unarguable 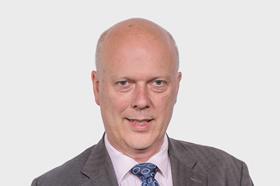 Campaigners have lost a High Court challenge against the government’s decision to approve plans for a third runway at London’s Heathrow airport.

In a statement on the government’s website transport secretary Chris Grayling (pictured) said of 26 grounds brought against the plan, all were dismissed, with 21 of the 26 not even held to be arguable.

Grayling said: “The positive outcome confirms my belief that government undertook a robust process in coming to its decision to support a new north-west runway at Heathrow airport by 2030.

“This was one of the largest public law challenges of all time and I am pleased that the hard work of the independent Airports Commission and the department has been shown in good light.”

READ MORE: Heathrow to draw up logistics hubs shortlist in the spring

Commenting on the ruling, Clyde & Co projects and construction partner Liz Jenkins said: “Heathrow has overcome some of the potentially serious legal hurdles that stood in its path with the judgment dismissing all the challenges.

“However, this is unlikely to be the end of the issue with the potential for appeals exploring each and every legal avenue by some very active and motivated claimants. Climate change obligations are likely to be their line of attack.”

Grayling warned against further appeals saying that “scarce taxpayers’ resources – on all sides – would be better spent elsewhere”.

He said: “If the court grants permission for any appeals, we will seek to have them dealt with as quickly as possible.

However, I urge all parties, particularly local authorities and community groups affected by the proposals, to move forward and engage closely with the planning process.”

Heathrow has confirmed that it will run a consultation on the masterplan in June.