16
The Code for Sustainable Non-dwellings
News

The Code for Sustainable Non-dwellings 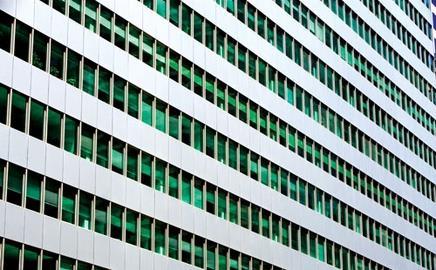 In December, the UK Green Building Council published a report into the feasibility of replicating the Code for Sustainable Homes for all other building types. Nick Cullen of engineer Hoare Lea looks at what that report recommends and whether we can expect zero-carbon non-housing any time soon …

The non-residential sector pumps out 20% of the UK’s carbon emissions, yet the government has given itself only 11 years to make sure that all new non-housing is zero carbon. As David Strong says, it is a tough ask. Non-housing can be anything from sheds to office towers, and occupiers have a vast range of energy needs.

1. The energy labelling provisions of the Energy Performance of Building Directive should be implemented to make the market more aware of the energy use of non-housing.

2. The data collected from this should be made available to the industry to enable it to improve its understanding of building performance and the feasibility of zero-carbon buildings.

3. The policy should be to look at improving the efficiency of energy use before deploying renewable technology.

5. Minimum performance parameters should be included in future revision to Part L, particularly with respect to cooling.

6. Additional policies should be developed to cut across planning, Building Regulations and energy policy in order to provide economic incentives.

7. These should include a requirement for building users to pay for carbon based on the difference between the efficiency of the building fabric and systems as detailed on the energy performance certificate, and how much energy it actually uses as shown on the display energy certificate (see point 1).

8. That the path to zero carbon should start at the next revision to Part L in 2010.

1. The diversity of building type, use and form within the non-domestic sector makes it more difficult to implement renewable energy conversion technologies and to achieve zero-carbon operation without dumping a significant amount of waste heat either into the atmosphere or in the rare instances where it is available into a local heat network.

2. The definition of “net zero carbon” as applied to non-domestic buildings requires clarification so that the government, academia and the industry understand the boundaries of the discussion. The range of definitions outlined in the report were:

3. The first three definitions are compatible with the Code for Sustainable Homes and the fourth was considered possible but would require careful regulation. The communities department specifically excluded the use of offsets. Although not considered in the report it could be argued that this is inconsistent with the government’s own carbon strategy, which envisages using good quality offsets to reduce its own carbon footprint.

4. Local renewable resources should be prioritised over the use of national renewable energy technologies.

5. The estimation of the extra over cost of zero-carbon buildings is an inherently uncertain process and prone to significant error particularly given the passage of time. The report states in its executive summary that costs could vary between 5% and in excess of 30%. At current prices that amounts to between £2bn and £12bn. It goes on to note that the burden will be borne by developers and that this will either be passed onto tenants through increased rent, or to investors through decreased profitability. The upper end of the estimate is close to the suggested annual cost for stabilising greenhouse gases of 1% of UK GDP, equivalent to £13.5bn, contained in the Stern Review, the 2006 government-commissioned report into the economics of climate change.

6. Elsewhere in the cost analysis, the extra over costs appear to range from 28% for deep plan offices to 119% for sheds – somewhat different from the report headlines. The large variation in costs highlights the difficulty of making meaningful conclusions for the sector as a whole based on a single policy commitment.

7. Despite this uncertainty the report suggests that a graduated trajectory to zero carbon by 2020 could be adopted.

It has to be asked whether there are sectors where £12bn could yield more substantial carbon reductions, such as the energy sector.

8. As part of the work undertaken in support of the report a series of computational building models were constructed that analysed fabric, building system and operational energy flows. Importantly it concluded: “With the technologies considered here, there is little evidence to suggest that net zero-carbon non-domestic buildings of the types described can be designed. Further, the findings would seem to challenge the underlying philosophy of the zero-carbon approach whereby the building is considered as a single entity. Any attempts to satisfy the requirements of the building in a net zero-carbon way are likely to require the over-production of energy – both electrical and thermal. It would therefore seem more appropriate to consider community options for the built environment where individual buildings could house distributed generation systems which are then linked together to deliver community energy needs.”

Where do we go from here?

We know how to design net zero-carbon buildings.

The trick is to do it at a reasonable and affordable cost. The report makes a valiant attempt to pull together what little evidence is available on existing building performance, and to create impartial evidence based on the UK’s world-leading modelling expertise.

In many ways this report is about the need to define key terms, roles and boundaries. Each of these represents a key point in the case for zero-carbon non-domestic buildings:

Defining what exactly a zero-carbon building is

What are the energy flows that are to be included in the zero-carbon calculation, and will they include process loads such as office equipment? The inclusion of process energy use (that is, non-regulated loads) in the definition of zero carbon introduces an element of uncertainty into the calculation since these are a function of business type and practice and only generically related to building type.

At what physical point is energy classified as zero carbon? Does it have to be on-site power, near-site power or off-site power? Can renewable energy generated on site be used to offset energy demand at other times of year? As a general principle, limiting the boundary to development level could be counter-productive, as the need to tackle existing stock requires low and zero-carbon infrastructure to extend beyond new developments into the existing community.

Who pays for these zero-carbon buildings?

Is it those who provide the capital for projects, the developers, or those who use buildings, the occupiers? The extra over costs of achieving zero-carbon buildings will initially fall to the developer unless the costs can be transferred to an energy supply company, an ESCo. This extra cost may stop some more marginal developments, which are likely to be away from London and the Home Counties - this may prove politically unacceptable. Once constructed, the costs will be recovered through increased rents or service charge creating local economic imbalances that may or may not be overcome by greater demand for the zero-carbon buildings.

Is zero-carbon non-housing the best way of cutting co2 emissions?

The cost of the zero-carbon strategy will be borne by the property and construction sector either through a combination of reduced investment returns or increased rents. The combination of zero-carbon strategies available for the sector will have its own range of costs. Government policy must look beyond individual sectors to policies that achieve carbon cuts at the least economic cost. If the cost of achieving zero-carbon non-domestic buildings is as high as the £12bn per year stated in the report – which is close to the total cost estimated by the Stern report for the whole economy – it has to be asked whether there are sectors where £12bn could yield more substantial carbon reductions, such as the energy sector.

The UKGBC report highlights that it is technically easier and more cost effective to achieve net zero-carbon buildings if there is near-site infrastructure to allow for the economies of scale, to balance building heat loads and, while not explicitly stated, to provide the same resilience as our current national grid systems. The truth is that the UK does not yet have the infrastructure to enable this to happen and that the solution lies only in part with the construction and property sector.

The construction sector has shown its willingness and enthusiasm to move forward on the carbon agenda and undoubtedly has a pivotal role to play. However, the solutions to improve building performance will increasingly be found beyond the building and development boundary and while the bigger developers will adapt their business models to suit, it requires the active involvement of the energy sector and local government. It also needs a co-ordinated approach across a number of government departments.

The UKGBC report is a valuable contribution and should inform government policy. The messages it carries are not all positive. The realities of energy generation, economics and building performance are complex and for a policy such as a zero-carbon buildings to succeed policy makers must address a range of issues that stretch beyond the physical boundaries of buildings. The diversity of building type that constitutes the non-domestic building sector adds to the complexity and it is important that this is recognised in policy.

Building is hosting a one-day conference called Sustainable Non-dwellings: Regulations and Ratings on 10 July 2008 at Jurys Great Russell Street Hotel in central London. The conference will look at the big changes in the regulatory environment affecting non-dwellings, including the impact of energy performance certification, the changes to environmental assessment methodology BREEAM, and the upcoming changes to Part L in 2010.