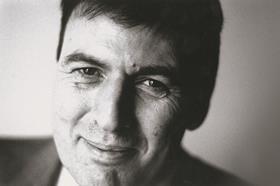 One of the founders of the Richard Rogers Partnership, Marco Goldschmied, has written an outspoken “letter of regret” to architect Lord Rogers criticising changes at the practice that he helped set up 40 years ago.

His unprecedented intervention was prompted by the move of the practice from its Hammersmith home and redundancies at the firm, now called Rogers Stirk Harbour + Partners, made just before Christmas, which Goldschmied (pictured) claimed were handled in a “cowardly” manner over email.

However, the practice has hit back, stating that Goldschmied was wrong to imply there had not been a “full and proper one-to-one consultation process” prior to the departure of staff.

In December the practice moved into the Cheesegrater (pictured) from its long-time head office at Thames Wharf.

It was a practice where fun, informality and a collegiate lifestyle went hand-in-hand with striving for design excellence

Goldschmied’s letter, while praising Labour peer Lord Rogers (inset, right) personally, criticised the firm for becoming more corporate and moving away from the “socially aware, humane and collaborative” founding spirit which “put a shared quality of life as high on the agenda as the quality of the architecture”.

Goldschmied wrote: “It was a practice where fun, informality and a collegiate lifestyle went hand-in-hand with striving for design excellence.”

People who have left include the practice’s chief modelmaker, Mike Fairbrass, who had been at the firm for nearly 23 years.

The letter continued: “I could not help wondering if the choice of new premises coinciding as it did with the cowardly pre-Christmas culling by email of several senior staff over 50 (but excluding directors of course) somehow also reflected a fundamental change in ethos in the practice and the abandonment of a lot more than just the premises.”

In a statement, the practice responded by denying that staff departures had happened without proper consultation, and said the change was part of a “considered strategy.” It said: “Richard Rogers and the rest of the partners do not intend to comment on Marco’s personal opinions. But they do wish to correct a factual error and make clear that the recent departure of nine senior staff, by agreement following a full and proper one-to-one consultation process, was part of a considered strategy to secure the practice’s future growth through the promotion of new talent.”

Goldschmied began working with Rogers in 1971 and co-founded the Richard Rogers Partnership in 1977. Managing director from 1984 until he left in 2004, he helped devise its structure with a charity as the ultimate shareholder and a staff profit share scheme.