The highs and lows of mergers in the QS world 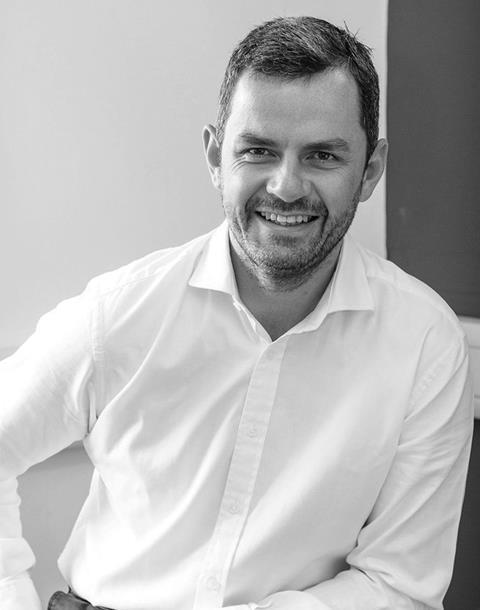 A few years back I organised a business debate on the merits or otherwise of what is now known as the “worst merger in history”. The $350bn merger between AOL (America Online) and Time Warner was announced in January 2000. Two years later, the combined business posted a $98bn loss. Within 10 years AOL was spun off and subsequently acquired by Verizon in 2015 for $4bn, while Time Warner was also dismantled and parts sold-off.

What makes a good merger or acquisition? I recall discussing that question with the other 71 equity partners within the European and Middle East arm of Davis Langdon back in early 2009. Some in the room that day are now contemplating the proceeds from CBRE’s share acquisition of Turner and Townsend Holdings Limited.

Davis Langdon was a firm with an enviable history of ‘Thinking Big’ - a history recorded in a book of the same title written by one of its partners, Jim Meikle (then retired), published in March 2009.

From its origins in 1919 in Holborn through geographic expansion and mergers  the firm grew in the wake of the dying days of the British Empire.

Continued acquisitions and mergers supported diversification from core quantity surveying and cost management to the multi-disciplinary firm that Aecom acquired in October 2010.

Like many, I benefitted hugely from the experience, expertise and knowledge that was contained and emanated from Davis Langdon & Everest. As one of the first professional firms to open up a graduate programme in the early 90s, I gained exposure to some of the best projects, architects, engineers, constructors and clients in the market. The people within our business were recognised leaders in the industry and, in most cases, still are.

But what of that question of good mergers discussed in early 2009, when considering the proposed acquisition by Aecom? How does the experience of Davis Langdon contrast with that of Turner & Townsend?

In 2007-08, we were all facing the challenges of the global financial crisis. A series of market failures amplified by global economic dynamics produced the most serious financial crisis since the Great Depression of the 1930s. Balance sheets were tested to the point of failure, including those of sovereign nations, as the credit-boom bit back. In the Middle East we had the unfortunately timed celebration of our 60th anniversary at the Burj al Arab in October 2008, just a matter of weeks after Lehman Brothers filed for bankruptcy on 15 September.

As a traditional partnership that morphed into a limited liability partnership, the core value embodied within Davis Langdon’s partnership agreement was one of ‘leaving the firm in a better place than you joined’. We were custodians for the next generation.

> From the archive: Davis Langdon - An Aecom company

At some point though, factors within and outwith the business challenged those core values and in that room in February 2009, the equity partners were being asked serious questions their personal futures as well as that of the firm.

A few years prior, the Davis Langdon was involved in the Scottish Parliament project in Edinburgh. As a consequence of that experience the firm sought to learn lessons, distilling them into a new project success framework. The first question from that framework was ‘why’?

For Davis Langdon, our why when contemplating the merger was made up a complex blend of issues brought into stark relief by the global financial crisis. These included nature of the financial crisis itself, banking support, confidence in construction professional services, our future project pipeline, and who made up the body of partners at the time.

It is interesting to note the continued success of the key spin-offs of the Davis Langdon business, including the likes of Alinea, Core Five, Exigere, Mark Hackett Associates, Quantem, Implementer, KAM Project Consultants and many more. In the majority, these firms continue to imbue the core values of Davis Langdon and lead within their particular market sectors, irrespective of scale.

In contrast to Davis Langdon’s growth strategy funded predominantly by partner capital, Vince Clancy made public the long-standing intention of the business to grow through a stock market flotation with an Initial Public Offering (IPO) in 2008. This plan was shelved as a consequence of the global financial crisis and later abandoned in 2015, when the business converted to a limited liability partnership.

However, the structural processes involved in preparing for the IPO had no doubt brought listed business discipline and financial management to the fore and substantially strengthened its balance sheet. In T&T’s last set of LLP accounts (April 2020), the balance sheet held nearly £95m in cash. That contrasts with £11.36m (T&T Group Limited) in 2010.

In the context of CBRE acquiring 60% of the T&T business, we inevitably ask the same question - why?

As was the case with Davis Langdon, perhaps we will never truly know the reason for the deal. Tom Harrison, Clancy’s right-hand man for so long in the business as COO, retired in 2017 along with Tim Wray (chairman) and the last family member of the business, Nick Townsend. Clancy joined the business in 1989 as a graduate and has never left. With the highest paid member of the LLP taking nearly £2.5m in full financial year of 2020 through remuneration and profit share, clearly financial success is being enjoyed.

With the CBRE deal, the 60% share acquisition in Turner & Townsend Holdings Ltd will deliver $1.3bn or £960bn in capital windfall to the current 106 partners T&T. Congratulations therefore to the newly appointed 15 partners who joined in May 2021. Timing is everything. Likewise, former colleagues and fellow partners of Davis Langdon will also enjoy the proceeds of this sale.

With the average age of partners being 51 years old, the majority are in their 40s (49%) with 5.6% in their 30s. And 39.6% are in their 50s. Depending on the structure and the distribution of proceeds, with over 50% of the business being held by the under 50s, the incentive to remain within the business (assuming appropriate retention / non-compete clauses are in place) will be a key. Perhaps the future for the next generation is being secured with the remaining 40% shareholding being retained by the directors (valued at £67m, based on the CBRE purchase).

Aecom acquired component parts of the Davis Langdon business for $324m in October 2010. Net proceeds from the sale were distributed in cash (82%) and Aecom common stock (18%).

Akin to financial performance caveats, past performance is no indicator of the future. CBRE’s purchase of a controlling stake in T&T is not the same as Aecom’s complete acquisition of Davis Landon. However, each case study (EC Harris into Arcadis, Faithful & Gould into Atkins into SNC-Lavalin, Currie & Brown into DAR Group, Franklin and Andrews into Mott MacDonald) presents a response to the demand of thinking big and achieving growth.

Is CBRE’s deal deja vu or indeed something that we have not seen? Other professional services firms in the sector are being challenged to come up with a proposition for clients in a market divided into specialist consultancies vs large-scale multi-service providers. As we were warned on that winter morning in early 2009, you don’t want to be left in the chasm between the two.

Fundamentally, clarity of the ownership model within the business model, alignment with the purpose and intention of the business and adherence to the core values of a business will ensure that the beliefs, thinking, habits and behaviours in a firm are congruent. When these fragment, the key people in the equation - employees and clients - can see straight through the rhetoric and vote with their feet.

T&T’s declared key performance indicators are net revenue and operating profit. Staff utilisation, income and cost per head, debtor days and level of income secured against budget form addition performance metrics. We will find out in due course whether another era of mergers and acquisitions is the best route for our industry, its clients and the delivery and operation of built assets.