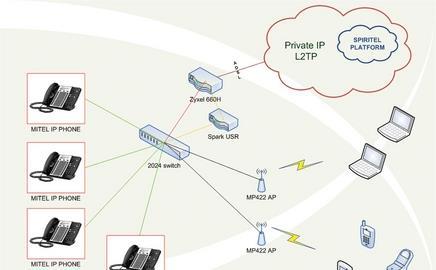 Spiritel was founded in 1989 as a specialist supplier and installer of voice and data systems with particular focus on the retail, leisure and hospitality sectors.

The solutions it offers range from traditional voice and data networks to emerging internet protocol-based services such as Wi-Fi and hosted Voice over Internet Protocol (VoIP), the technology used to transmit voice conversations over data networks.

The firm has offices in London and Wigan and employs 85 staff. It has a turnover of about £7m. Jon Singleton, the product manager, tells us about the firm’s role in construction:

We provide a full range of voice and data network and cabling infrastructures, particularly to the hospitality industry where our customers include Marriott Hotels, Premier Inn and Whitbread.

We generally supply bespoke solutions and have our own team of experienced engineers and project managers who draw up specifications for the network and how the equipment should be installed.

Our biggest project in the past 12 months has been for hospitality company Regent Inns. It wanted to open its restaurants in the morning and entice people in by offering free Wi-Fi, but didn’t want to charge for the service. To make this feasible we designed a virtual private network to replace its existing lines and infrastructure.

Traditionally, you’d have a telephone system on site with a controller and server to manage the Wi-Fi. With our partner, Mitel, we developed a design where the phone system is hosted in a private data centre, with the boxes for the wireless system.

This got rid of about 10 incoming land lines for each of the client’s sites, which cut its costs.

We started trials in May and had a solution by July. Roll-out started in November and will finish this month. The process involved carrying out full site surveys for the Wi-Fi to make sure you can get service in every part of the building, as well as installing all the Cat5 cabling. As the service provider we carry out testing and customer field trials.

We also consolidated other services onto the private network including the CCTV, payment systems, heating and lighting controls and gaming. Bundling all this together cut running costs, making free Wi-Fi possible. The client also gets free calls within the site and back to head office.

We’re also developing a private network system for the construction industry to help site-based contractors who find standard landline and broadband technologies difficult to set up and adapt.

By using our own hosted VoIP system and private voice-enabled broadband network, along with mobile 3G networks, we can supply private network voice and data services to any site in the UK where BT or 3G is available. This means on-site staff get the same direct dialled number wherever a site is set up, as well as corporate-style telephone system with features such as voicemail and mobile twinning, free internet calls and web server access.

The 3G system takes about three days to set up and the private broadband, seven. The latter offers download speeds of up to 16 mbps – suitable for CAD and other high bandwidth-intensive emailing.

The solution is completely independent of location and as soon as the site or project closes or a site hut is moved, you simply take the router and handsets to the next location and it’s set up again without any fuss. We’re in negotiations with three construction companies about using this.

The world according to … Jon Singleton

My dream specification is …
A project where the client has a large, multi-site portfolio that it wants to connect together with a converged voice and data solution.

I swear by …
The Mitel 3600 telephone system. I’ve been involved in telecoms for 15 years and in VoIP for the past three and it surpasses everything. In the past, systems were difficult to configure; but this one is so simple users can do it themselves without having to get an engineer involved. You simply log onto a website and set up things such as call groups, diverting calls or transferring calls to mobiles. It even comes with its own video demo if you do get stuck.

Past its sell by date …
Blackberries. One of the developments we’ve got coming for the construction sector is mobile devices that will link to the private voice network. The idea is that as the building is going up Wi-Fi access points can be installed so when site managers are out on site they can receive calls and emails.