7
What next for BREEAM?
Focus

What next for BREEAM? 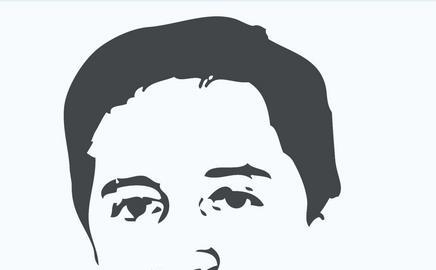 Where do you go after Outstanding? BREEAM technical director Alan Yates says the focus is on the bigger picture

As BREEAM’s influence spreads, its aim is to be confirmed as a homogenous method for dealing with all aspects of construction. “The 2008 launch is about harmonising the criteria between different building types as much as possible,” says BREEAM technical director Alan Yates. “But we’re also working to a wider brief.”

In the short term that means there are some gaps to fill in the BREEAM line-up.

Sport and leisure is the most obvious area. BREEAM has been working with the Olympic Delivery Authority (ODA) to set best practice standards for both the individual venues and the masterplan.

“2012 venues are being procured now,” says Yates, “so the ODA needed a robust system in place to support claims made in the bid documents.”

It’s a tough brief. The ODA needs to be able to evaluate buildings at both design and post-construction stage, focusing on their impacts as legacy buildings. Yates says: “The legacy issue will be the big impacter of the buildings over their life.”

The ODA has used the basic BREEAM approach but required tailoring on aspects such as transport and energy, which must be seen in the context of the masterplan rather than at an individual building level. “The standards for sporting facilities are very rigid,” adds Yates. “The same goes for lighting, which has to be right for the media as much as for sportspeople.”

BREEAM will use its Olympics work to create a method for sports facilities, which Yates says will be ready for next summer.

Negotiating the ODA masterplan will also help in creating BREEAM Developments, which will assess the environmental credentials of large schemes. Yates says the method will be available by October.

The BRE Group has already laid the groundwork for this, working with the World Wildlife Fund UK, the communities department and regional development agencies (RDAs) in England to develop sustainability checklists for use within the planning process. So far seven RDAs have finalised checklists and these will

be used as the backbone for the new BREEAM Developments.

When it comes to existing buildings, we want to provide a more practical audit of a building’s performance

The checklists take on board standard BREEAM fare – energy and transport – but also evaluate social and economic issues such as education and employment depending on local requirements. The aim is to extend this into a certification scheme that measures the performance of a new development against its regional checklist.

But while the RDA checklists suit most developments, the BRE Group recognises the need for a specialised approach to one-off buildings. Its Greenprint scheme – based on the common framework of the regional checklists – includes elements of existing BREEAM schemes but enables a more flexible approach to aspects such as scoring and weighting.

This provides the development sector with continuity in addressing sustainability within the built environment, from planning through to the operational stage. The process will provide an alternative to bespoke assessment and can be used within BREEAM Developments.

BREEAM is primarily used on new build and major refurbishment schemes but the organisation also has a Management & Operation method to monitor existing buildings in operation. However, Yates says it is not widely used. “We want to provide a more practical audit of a building’s performance,” he says.

BREEAM In Use, as it will be called, will be launched in early 2009. It will evaluate two aspects: a building’s inherent performance characteristics or asset value and its actual operational impacts.

“It will help you improve your operational rating,” says Yates. “If your electricity bill is sky-high, is it because you have a poor building or do you have a good building run badly? Are your IT systems inefficient or is the problem with poorly controlled and aging heating and cooling systems?”

BRE Global is linking up with the Investment Property Databank (IPD) to collect data for the new version.

BREEAM In Use will seek to create an independent certification of a building’s performance. As Yates points out, this will suit big businesses operating globally.

At grassroots level, BRE Global has certification schemes for suppliers for microrenewables (technology and installation) and water efficiency in WCs. And it is developing a framework standard for responsible sourcing of materials. It also aims to broaden the certification options that give manufacturers a way to prove their products’ worth and specifiers a route to choosing the best products.

This article first appeared in the BREEAM supplement on 6 June under the headline What Next?