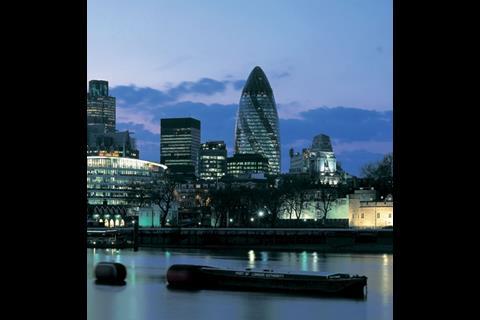 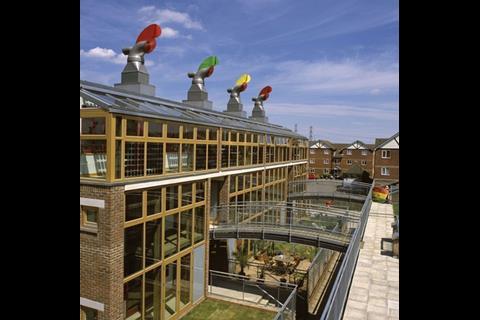 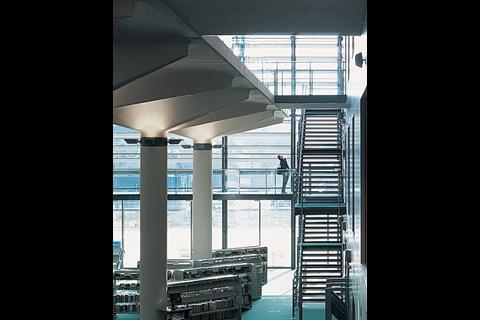 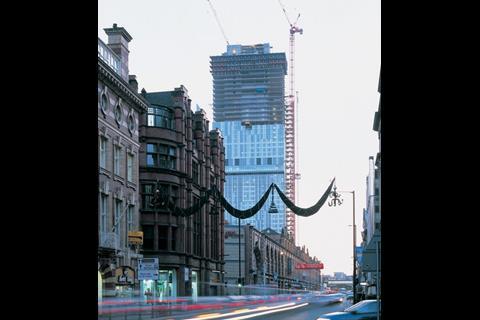 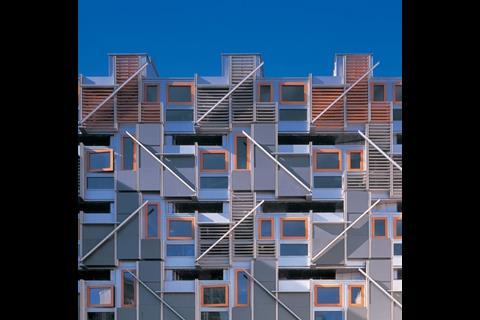 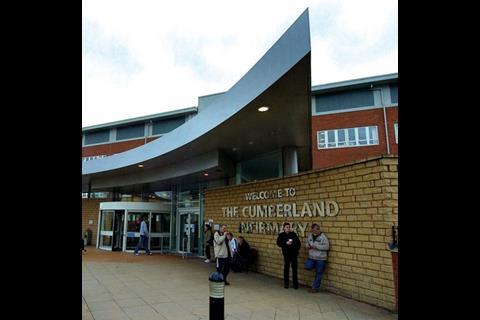 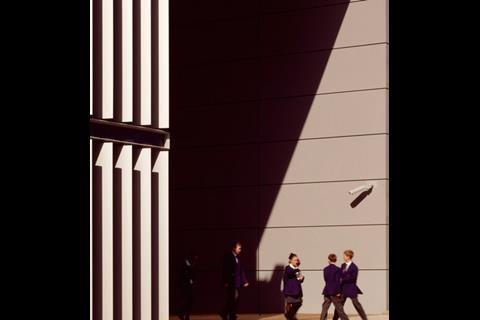 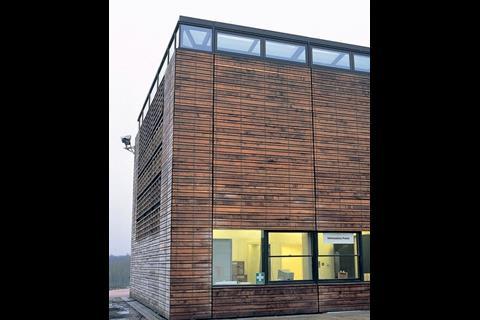 With lots of lottery cash, the PFI and a millennium to celebrate, the decade has been packed with new buildings – some good, some not so good. Martin Spring looks at the Blair era’s …

Of all prime ministers, Tony Blair has sought to have the most direct impact on architecture. This has been evident from such initiatives as the establishment of Cabe in 1999, which has a far broader brief and beefier budget than its predecessor, the Royal Fine Art Commission. And then there was the recruitment of Lord Rogers to write his seminal report on the “urban renaissance” and the launch of the Better Public Building campaign, which committed publicly funded organisations to raise the quality of what they developed.

Architects haven’t always had it their own way, however. The PFI has pushed architects below funders, contractors and lawyers in the pecking order on public megaprojects.

So, here are some landmark projects that succeeded, some that failed and some that got away.

The vast, space-age, soap-bubbled Eden project must be the UK’s most successful lottery project. More than a million visitors flock to it every year, even though it is hidden in a disused clay pit in remote Cornwall.

The National Lottery was set up under John Major but conveniently for Blair the programme gathered pace on his watch, and his government was quite happy to bask in the glow of all the tasty cultural buildings spreading across the country.

It was also the clear winner in a you.gov poll of the UK’s favourite new buildings, despite being the antithesis of a cosy heritage centre. Designed by Grimshaw, its domed greenhouses rise to a height of 55m – four times higher than the Palm House at Kew Gardens – and are composed of steel hexagons glazed with lightweight ETFE pillows.

With its iconic, double-curved cigar shape, the Swiss Re tower stamps 21st-century architecture on to the City of London. Designed by Foster + Partners and completed in 2004, it flaunts state-of-the-art design and building technologies – its bulging, curvilinear form, diamond-shaped glazing panels and diagonal structural columns would have been inconceivable without CAD.

It is also London’s first green skyscraper – cutting energy use by 40%. Daylight and fresh air enter the offices through windows that open on the 32nd floor and six triangular lightwells set behind the windows.

Thanks to the sculptural forms made possible by CAD and the government’s Rogers-inspired commitment to high-density development, skyscrapers have become as sexy as they were in the 1920s.

In 2001 the Peabody Trust’s BedZED scheme became the UK’s first zero-energy community. That was a full 15 years before the government’s deadline for all new homes to be zero carbon.

And the design, by Bill Dunster Architects with Bioregional Development as sustainability consultant, shows how far British housebuilders will have to go to meet that deadline. Its 82 homes and 14 live-work units are tightly packed into five three-storey terraces, separated by canyon-like alleyways, and all dwellings have conservatories and roof gardens. The distinctive rooftop cowls let fresh air into the houses and let out stale air, with an inbuilt heat exchanger transferring waste heat from one unit to another.

Unfortunately, the scheme was ahead of its time in another sense: its wood-chip CHP plant broke down and had to be replaced.

Brighton’s £25m library is in form and function a temple of learning. It scored so high on all fronts that it won the prime minister’s Better Public Building Award in 2005, the year it was completed. Designed by Bennetts Associates with Fulcrum Consulting as environmental engineer, it is a grand double-deck arrangement of symmetrical halls with vaulted ceilings supported on twin colonnades. It still manages to be modern in style, however, as well as energy efficient enough to achieve an “excellent” BREEAM rating.

It was also the centrepiece and catalyst for Brighton’s £45m regeneration of its rundown town centre, bringing together housing, offices, a hotel and a public square. All this was achieved as an unusually imaginative PFI by the Mill Group for the town council.

Manchester led the city centre renaissance, but not exactly voluntarily. In 1996, the IRA set off a huge bomb that injured 70 people, destroyed several buildings and kickstarted a decade of urban renewal.

Yet the city council under its then leader Graham Stringer and chief executive Sir Howard Bernstein had the vision and energy to mobilise the private sector, commission an enlightened mixed-use master plan and steer the whole regeneration process.

Streets were realigned and pedestrianised, a triangular square was created around a jagged water feature, and new developments erected, including modern, clean-cut department stores, dynamic luxury flats sheathed in glass and a unique museum of urban evolution. Regeneration continues to spread throughout the city centre, with the 47-storey Beetham Tower, the £160m Civil Justice Centre and the £383m Manchester Joint Hospitals.

The spiralling costs and repeated delays of Scotland’s parliament have damned it as a blunder in the eyes of its electorate. The 29,300m2 building cost £414m to build, over 10 times the original £40m estimate, and it was delivered by Bovis Lend Lease three years late in 2004.

As for the finished building, designed by the late Catalan architect Enric Miralles, it is a masterpiece and a mess. The main debating chamber and MSPs’ lobby are awe-inspiring, the one with spectacular timber roof trusses and the other topped by what look like a heap of upturned boats. These are the bits that earned it the Stirling prize.

On the downside, the complex is a jumble that loses its visitors and fails to project an instantly recognisable icon of national democracy, as Big Ben does. Not least, all the spaces are so contorted and idiosyncratic that it will defy the adaptation that future governments will inevitably demand.

As it was one of Britain’s first PFI hospitals, Tony Blair was keen to open the £87m 444-bed infirmary in 2000. But it turned sour as staff protested that wards were too cramped to prevent cross infection, a criticism repeated two years later by the Commission for Health Improvement.

Developed by a joint venture of Amec and Interserve, designed by Llewelyn-Davies and built by Amec, the hospital was also beset by faulty plumbing, leaking roofs and lack of storage. Many of the administrative offices and consulting rooms were airless, windowless internal spaces, and staff reacted by resigning in their hundreds. Most insidious of all, exorbitant building costs and bureaucratic processes built into the PFI contract militated

against the hospital adapting to rapidly changing healthcare requirements. This criticism can be levelled against the whole PFI.

City academies epitomise New Labour; none more so than Bexley business academy in south-east London. It was opened in 2003 by Tony Blair, who proclaimed: “I have seen the future of British education, and this is it.”

Certainly the glass walls and interconnecting spaces of Foster + Partners’ building are beguiling enough to have won an RIBA award, but it cost £31m – £6m more than a conventional school.

Sir Cyril Taylor, the academies trust chairman, described “the glass palace” as “a nightmare”. Teachers also found the open-plan classrooms impossibly noisy and disruptive, and partitions had to be retro-fitted.

The academies also dragged the government into the “cash for honours” scandal, which still hangs over Blair.

The UK’s only lottery project expressly dedicated to sustainability has turned out to be unsustainable and will be redeveloped.

Sadly, rubbish architecture just didn’t appeal to the punters: no doubt it was ahead of its time. Meanwhile, in nearby Sheffield, a more frivolous lottery project, Branson Coates’ National Centre for Popular Music, suffered a similar fate and was recycled as a student union.

Tony Blair picked up John Major’s idea of celebrating the new millennium in a purpose-built exhibition dome and hyped it up as “the greatest show on earth”. Though it opened on schedule on new year’s eve 1999, the 12-month long extravaganza attracted 6.5 million visitors, just over half the predicted number, and swallowed up a stupendous £628m in lottery funding. The Dome has languished unused ever since. Unlike the Great Exhibition of 1851 and the Festival of Britain of 1951, the only lasting memory of the dome and its 14 themed zones, is of fiasco. It was designed by Richard Rogers Partnership and engineer Buro Happold and built by a Sir Robert McAlpine/Laing joint venture, and it has to be said that the structure itself provided 100,000m2 of enclosed space for the inexpensive sum of £143m. The white elephant is currently being converted by McAlpine into a US-style entertainment centre.

Those that got away …

History is littered with buildings that never saw the light of day, and Blair’s decade has had its fair share. Here are four that didn’t leave the drawing board .

• The Cloud, Will Alsop’s “Fourth Grace” for Liverpool city centre, was dropped by developer Neptune in 2004 after costs spiralled. It has been superseded by an angular scheme designed by Broadway Malyan.

• A £97m stadium to host the 2005 World Athletics Championships was to be built at Picketts Lock in north-east London. It was ditched by the government in 2001 as not cost effective. The development of a venue now has to wait until the 2012 Olympics.

• The Battersea power station redevelopment was first planned in 1982, and Chinese developer Parkview eventually won outline planning permission for an Arup Associates scheme in 2005. But this year Real Estate Opportunities took over and will start again with Rafael Viñoly as masterplanner.

• The £70m V&A Museum Spiral was perhaps the most outlandish lottery project so far – a loose pile of angular plates designed by Daniel Libeskind next to the neo-renaissance V&A, South Kensington. It succeeded in winning planning permission, but failed to raise £15m in lottery funds.

And one that we’re still waiting for …

• Crossrail, the proposed east–west rail route through central London between Essex and Berkshire, was first proposed in 1989 and picked up by the Labour government in 2000. Parliamentary procedures will delay completion until 2016 at the earliest. The cost is likely to top £10bn.