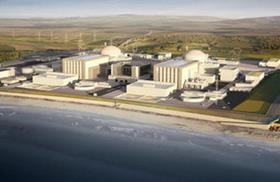 The Public Accounts Committee has slammed Hinkley Point C, declaring the government must deliver on promises of wider advantages to UK businesses, workers and apprentices as costs to the the consumer rise.

The committee pulled no punches stating the government had failed to both show how the £20bn project would provide wider benefits to the UK and to champion the consumer interest.

Public Accounts chair Meg Hillier MP said that as the financial case for Hinkley worsened it was imperative the government delivered talk of the boost to jobs and skills that Hinkley will generate.

“It [the government] must deliver the supposed wider benefits of this project – benefits government has talked up progressively as the case for Hinkley Point C has weakened, but which it has no plan to secure,” Hillier said.

“Government credibility in this area will inevitably be questioned when – by its own admission – it doesn’t know what UK workers and business will gain from this project, and appears to have no coherent idea of what to do about it.”

The committee also found consumers had been locked into an expensive deal lasting 35 years with the government failing to review it since the project got the green light.

The deal has not been re-evaluated despite estimated costs to the consumer having risen five-fold during that time.

“Bill-payers have been dealt a bad hand by the government in its approach to this project. Its blinkered determination to agree the Hinkley deal, regardless of changing circumstances, means that for years to come energy consumers will face costs running to many times the original estimate,” Hillier said.

Hinkley Point C, which was first given approval in 2013, is the first nuclear power plant to be built in the UK since 1995.

The controversy-plagued project avoided a major strike in October when workers voted for an improved pay deal a month after trade unions Unite and GMB announced a ballot for strike action over pay after an improved package was turned down by 95% of workers.