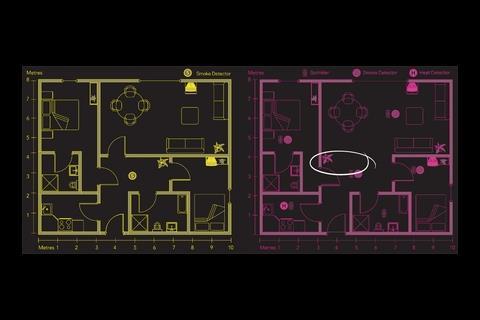 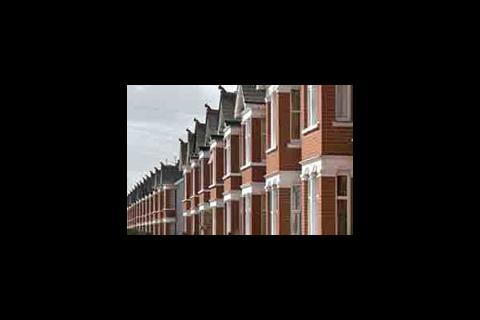 There’s pent-up demand for open-plan flats, but fire safety rules make it difficult for them to get approval. Giving designers a set of templates to follow that include sprinklers and enhanced detection systems could be the answer

Cast your mind back two years to the peak of the housing boom. For the first time, flats and maisonettes made up more than half of all new homes in England and began outstripping detached and semi-detached housebuilding in Northern Ireland and Wales. With this rise came a trend for open-plan layouts, driven by the demand from British buyers looking for a slice of New York “loft apartment” lifestyle. And while developers were only too pleased to oblige, there was one thing that stood in their way: fire safety regulations.

Miller Hannah, head of the fire engineering group at consulting engineer Hoare Lea, says clients were crying out for open-plan layouts – and still are. However, trying to get building control to pass these designs was far from straightforward. “Europe, Australia, the Middle East all accept open-plan layouts but in the UK, we don’t,” says Hannah.

It’s a frustrating situation, but that isn’t to say that open-plan layouts – typically where the bedrooms open off the main living space and don’t have any alternative means of escape – don’t get built. The Beetham Tower in Manchester, the UK’s tallest residential building, has a number of open-plan studios, but engineer WSP had to take a fire engineering approach – where the risks and effects of a fire are modelled at the design stage – to get the plans accepted by building control.

This is a costly and time-consuming process and, according to Hannah, for every 10 designs they put forward, only two or three get approval. “You’ve got to remember that more people die in fires in residential buildings than in any other building group and so a local authority is very hesitant to accept anything outside the current guidance.”

However, a solution might finally now be at hand. The National House-Building Council (NHBC) Foundation has undertaken research that has produced a set of templates for designers of open-plan flats to follow. Diane Marshall, group head of building control at the NHBC, says repeated requests from designers to accommodate and approve designs for open-plan layouts led them to take action. The main problem they found was that the means of escape set out in approved document B of the Building Regulations – fire safety – doesn’t actively encourage open-plan designs. “We were having to request specific fire-engineered solutions from designers for each particular type of scenario. So it was a costly exercise for the designer and there were delays in the process of approvals because we were looking at bespoke designs each time.”

To tackle this, the NHBC Foundation commissioned a study by BRE to look at the various options for complying with the fire regulations. It addresses key areas including layout, size, travel distances, enhanced detection options and the use of sprinklers, as well as the behaviour of occupants.

When it comes to planning the means of escape from a building containing flats, there are two key requirements – escape from the flat itself and escape to the building exit.

It’s the former that throws up issues in open-plan design. But there are arguments for allowing the open-plan approach. Enhanced detection and alarm systems can be installed and sprinkler systems fitted better, and fire modelling can be used to demonstrate acceptable safety. On top of this, in the latest round of changes to approved document B, automatic closers are no longer required on fire-resisting doors. This mean that these doors may often be left open, which begs the question: how is this different to an open-plan layout anyway?

These designs were evaluated using CRISP, BRE’s evacuation and fire spread model. The study concluded that enhanced detection alone was not enough to satisfy the requirements of the Building Regulations but that open-plan flats with sprinklers and an enhanced detection system could provide a level of safety that was at least as good as that of a non-open-plan approved document B-compliant design. The evaluation also showed that flat size and travel distance were not significant factors in safety, even for the largest flats considered – 12m x 16m.

There are a number of caveats to the conclusions and templates put forward, however. For instance, that the results should not be extrapolated to larger designs. This is a slight sticking point for some who believe that the list of exclusions would still mean it would be difficult to get designs that strayed from the standard layouts through the approvals process.

Marshall argues that there is a degree of flexibility within the parameters of the modelling and that the guidance isn’t totally prescriptive. She also says that the adoption of these templates is only the beginning and hopes that it will be supplemented by additional layouts in the future.

According to Marshall, the study doesn’t address every scenario but it will provide more comprehensive guidance on the basics for allowing open-plan layouts. “It will give designers a degree of confidence that if they follow this straightforward guidance, then there is a simpler process and so less delay in approval of the design.”

Now all that’s needed is a return of the housing boom.

Click the image above and take a look at the two designs for a two-bedroom flat. On the left is the approved document B compliant design. On the right is an NHBC template. Can you spot the four main differences? We’ve started you off with the first one. Answers below…