“We were all shocked when we were called into a room and told that we were being bought. We were gobsmacked it hadn’t leaked, bowled over. Very few people must have known.”

One senior industry figure is recalling the time several years ago he found out the consulting business he was working at had just been snapped up by Aecom.

For many at T&T right now, that feeling will be familiar. Only a handful of people at the very top would have known, all sworn to secrecy and, given that the discussions with CBRE had been going on for more than six months, dreading it leaking out, alerting rivals, causing unease and leading to the whole thing being called off. 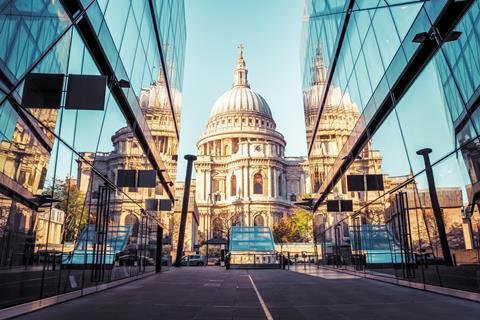 “When Aecom bought Davis Langdon,” the source adds, “I had a lot at DL ring me up to find out what it was like. They read the stuff in the press, the talk about ‘synergy and fit’ but they wanted to know what it was really like.”

It is easy to imagine similar conversations going on among the 7,000 staff at T&T right now.

Tuesday’s announcement that the firm is selling a 60% stake to US giant CBRE, a business with 100,000 staff and a $23.8bn (£17.2bn) turnover last year, is big news, as big as Aecom buying Davis Langdon, although, for shock value at least, still not quite as seismic as O’Rourke buying Laing for £1 two decades ago.

On the same day, a few hours after the T&T deal broke, M&E consultant Hoare Lea, which has been in business for nearly 160 years, more than twice as long as T&T, announced it had been bought by California-based Tetra Tech, the firm which snapped up WYG in 2019.

Two years ago, Hurley Palmer Flatt became another UK business to say it had been bought by a US rival, the Omaha-based engineer HDR.

What is it, then, that American firms like so much about UK consultants?

“They like the heritage and the fact they’re mostly very well run,” says the boss of one. “We have good moral ethics,” another adds. “We play with the straightest of bats and that’s respected worldwide. If a US firm can’t penetrate a particular region, a UK brand helps them unlock it.”

One London QS says: “The way we run projects is, dare I say it, superior to that in the US where the PM and QS culture is not quite as big over there. CBRE’s deal with T&T will give them access to other markets such as Asia, Africa and the Middle East via the UK.”

But while the talk in the past 48 hours has been about what a good deal it has been for T&T, others are now bringing up more difficult questions.

Given CBRE is shelling out £960m for its stake, the simple maths says that T&T’s 106 partners will each walk away with an average of £9m once the deal is wrapped up later this year. Some will get less, of course, but others will get considerably more.

“A deal like this creates two groups of people,” one boss says. “Those who have done very well out of it and those who haven’t. How you manage that and foster that ‘we’re all in this together’ ethos will be crucial to making it work. But there’s no doubt some of the amounts people will be getting as a result shifts the culture and the dynamic at T&T.”

One large rival admits: “If someone comes along and drops £9m in your lap, your outlook on life must change.”

Another is more direct: “It’s a very good payout for the senior guys that are knocking on a bit. I would imagine they’ll hang around for a bit and then leave. Everyone is selling just before retirement.”

“The challenge is keeping the next level happy,” one partner at a London firm says. “If they’re on a partnership programme and this [deal] means that they’re not anymore, they won’t be happy.”

Several firms came out of Aecom, notably Alinea and Core 5, but not many are expecting start-ups from T&T to emerge overnight.

By keeping 40% of the business itself, the consensus is that T&T has put in place a strategy to prevent an exodus of key staff. “It will keep a lot in the business – for now,” reckons one. “The 40% thing is about preventing people from walking away.”

But many do expect some to eventually make a break and set up on their own. “It’s not for everyone being part of 100,000-plus business,” one says, adding dryly: “CBRE like their ‘global workspace solutions’ handles.”

One managing partner told Building that the most difficult part of doing a deal like this is keeping hold of people. “There’ll be a strategic review and all through that people will sit tight. I think it’ll be about a year before we start to see people leaving and setting up on their own.” 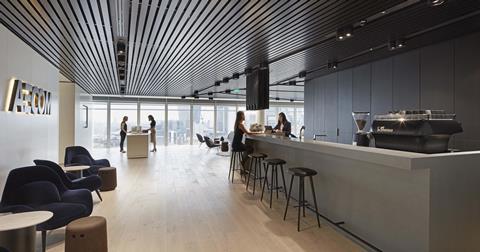 Announcing the news, T&T chief executive and chairman Vince Clancy said the name would stay. But others don’t think so. “It’ll go,” reckons one. “They’ll keep it for a couple of years, wait for the moaning about the name to die down and ditch it when it’s a less emotive issue. People will turn around and say: ‘Well it was always going to happen, wasn’t it?’”

Another chief executive agrees. “T&T is a 7,000-strong business that will now be part of a 107,000-strong business. Vince is a great chap. I just hope they don’t get absorbed into a very large firm and that they can maintain their independence like he says they can. But nobody is going to buy 60% of a business and not change it.”

CBRE has been listed on the New York stock exchange since 2004 and the chief adds: “Will it [T&T] now become a business run by accountants to deliver outcomes for shareholders? You do worry.”

For clients, the news is mixed. “T&T is heavily involved in infrastructure and I don’t think those clients will be spooked so much,” says one. “Those jobs are so big I don’t think it really bothers them who owns the business.”

But others aren’t so sure. “The London developer clients won’t like it. They like that individual service that focuses on them and the home market. These deals [with overseas firms] smack of sending business and resources abroad.”

One major client Building spoke to was left feeling nostalgic. “It does make a difference to the developers [who owns it]. Life moves on but it’s a shame.”

T&T’s UK rivals think the news is good for them. “At worst its neutral for us, if not positive,” says one. “It was well-known T&T was looking at overseas areas, notably the Americas so this will accelerate that.”

Elsewhere, others are using the news to pause for thought.

For one contractor, the T&T deal holds up a mirror to his part of the industry. “As contractors we often criticise other parts of the industry but we have to reflect on who is generating income and earnings and economically stable businesses.”

Take the eventual sale of Laing as an example of what he means. When the family put its construction business on the block, the belief was that, as a blue riband brand, it would fetch £100m and attract an overseas raider looking to break into the UK market at a stroke. In the end, none of that happened.

There was no overseas firm waiting in the wings to rescue Carillion either, the contractor which had bought up Mowlem and Alfred McAlpine and which, at one stage, was mustering a bid for Balfour Beatty.

“The money is being made far more on that side of the industry than our side,” the contractor adds. “I’m not being negative, I’m just looking forward to getting it right a lot more.”