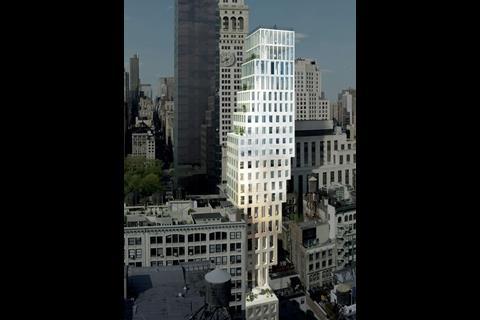 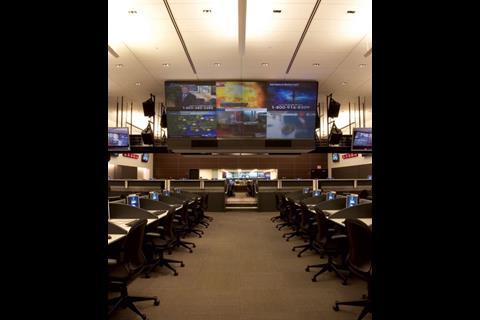 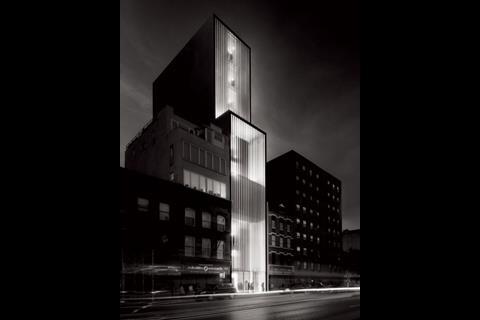 From the days of the first skyscrapers, architectural innovation has always found a home in New York. Martin Spring looks at the latest eye-openers from the city that never sleeps

Rem Koolhaas’ fondness for outrageously lopsided buildings has found a new, and not entirely gratuitous, expression in the Big Apple. The first New York building by the Dutch Office for Metropolitan Architecture is a 25-storey residential tower in midtown Manhattan that teeters precariously over its neighbours. Koolhaas explains that the site on East 22nd Street is just 10m wide, yet where the tower cantilevers out on one side, it adds an extra 9m to the depth of the apartments. As for the lopsided effect, he justifies this by developer Slazer Enterprise’s desire not to block the view of its taller neighbour. The teetering tower is held up by sheer external walls in reinforced concrete designed by structural engineer WSP Cantor Seinuk.

Any chance of it being adopted in the UK? Not until a rich and bold developer commissions Koolhaas – oh, and the credit crunch ends.

By a terrible irony, one of the many casualties of New York’s Ground Zero catastrophe of 2001 was a government nerve centre specifically set up to cope with city emergencies. Even though it took five years to replace, New York’s new Office of Emergency Management has been taken as a model by other US cities. The emergency operations centre on the top floor can house staff from 115 different government agencies during an emergency. Designed by Swanke Hayden Connell, it resembles a financial dealing floor with uninterrupted sightlines and desktop terminals, but with the addition of huge plasma screens overhead and around the perimeter for shared information. Alongside the operations centre are a watch command, which is staffed 24 hours a day by police, fire and ambulance staff, and a situation room, where senior officials including the mayor can command operations.

Any chance of it being adopted in the UK? Only in a half-baked form. The UK is covered by a network of strategic emergency plans covering everything from flu to “mass fatalities”. But when it comes to our “strategic co-ordination centres”, they are to be set up ad hoc near the incident and under the command of a senior police officer.

It was Elisha Otis’ invention of the passenger lift in 1849 that unleashed New York’s dash for the sky. Over a century and a half later, the city’s vertical tendency still manages to inspire a few bizarrely inventive forms from British architects. The newly unveiled design for Sperone Westwater art gallery in southern Manhattan is a modest nine storeys in height, but Foster + Partners and structural engineer Buro Happold have turned one of the exhibition halls into a lift that can be parked on any of the lower five floors. Measuring 4m x 6m, the vertically mobile hall can be fully opened up as an extension to the larger fixed art galleries on these floors. Its external wall is expressed through the building’s semi-transparent front facade, where it acts in Lord Foster’s words “like a kinetic addition to the street”.

Any chance of it being adopted in the UK? Just about possible where a rich client feels the need to squeeze a large gallery into a tiny site.

And one idea that’s already crossed the pond …

Florida’s Disney World pioneered the use of recycled plastic for decking, footbridges, kerbs and water features in the nineties. This month, the material is launched in the UK under the name i-plas. According to managing director Howard Waghorn, the environmentally friendly recycled material can replace concrete, steel and wood while at the same time saving 1.66 tonnes of CO2 emissions for each tonne of i-plas produced.

The dark-brown material requires no treatment, is moderately load-bearing and is moisture-resistant. Devised in association with Sheffield University, it is composed of several polymers recycled from industrial plastic waste, and can be modified to suit specific criteria, such as impact resistance for street bollards. Waghorn says the US market is worth $5.4bn a year and extrapolates this to suggest a potental £750m UK market.