6
As Spurs stadium hits fresh delays, club admits it doesn't know when it will be finished
News

As Spurs stadium hits fresh delays, club admits it doesn't know when it will be finished

Tottenham Hotspur has been forced to concede it won’t be playing any games at its new stadium this side of Christmas – admitting it has no idea when it will be finished by Mace.

In a statement put out on its website on Friday evening, the club’s chairman Daniel Levy said: “I wish I was able to confirm an exact opening date and fixture.”

He added: “In light of factors completely outside of our control, contractors missing deadlines and possible future unforeseen issues, we are naturally being cautious in respect of our timetable for our test events and official opening game.”

Levy said the club would be “keeping the pressure on contractors to deliver as soon as possible” but said the club was fighting a losing battle to get it ready this year.

This fresh delay means that nearly half of the club’s home games during the current season will have so far been played at its temporary home of Wembley Stadium.

Its first home league game in the New Year is against Manchester United on 13 January which, if the stadium is ready by then, will mean it will open four months late.

In the statement, the club said the delays were down to M&E and safety issues, adding: “Key contractors involved in the mechanical, electrical and safety systems are being supported with external resources and closely monitored by our construction manager, Mace.”

The club said it had used the delay to bring forward some external works that had been scheduled for next summer.

Earlier this month, Levy admitted the club had not intended to complete all the stadium in time for its original opening deadline of 15 September.

In the update, he added: “We have not stood still whilst work on the critical safety systems has been happening and we have sought to use the time to bring forward future works.” He said improvement work on the nearby train station had also been brought forward.

All home games up to and including its game against Wolves on 29 December will be played at Wembley, the club said. It promised a further update at the start of December.

Its home game against north London rivals Arsenal is scheduled for 2 March – although this is likely to be moved for television.

How the new Spurs stadium looked a week ago: 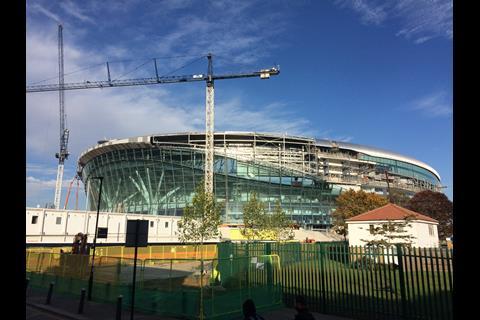 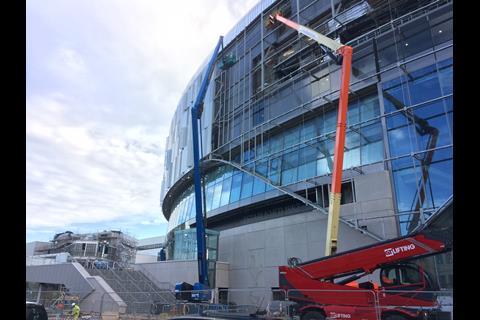 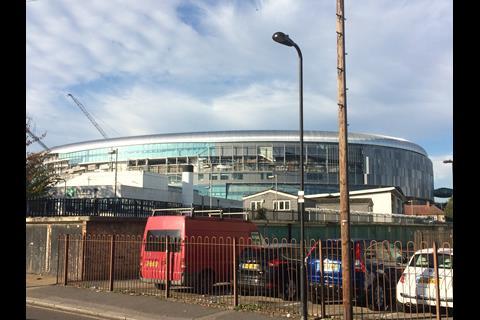 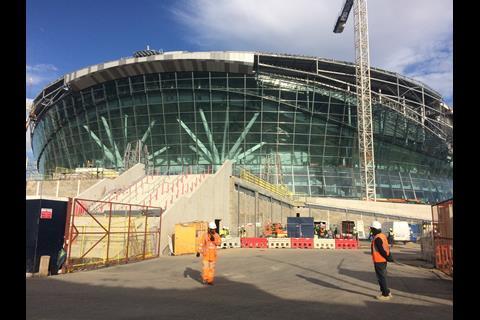 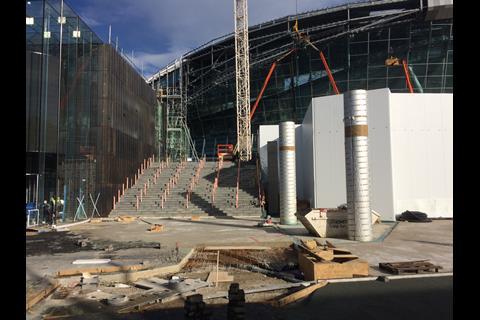 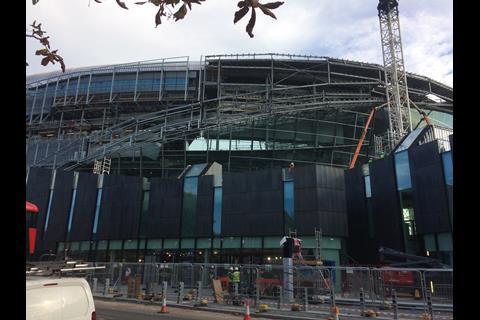 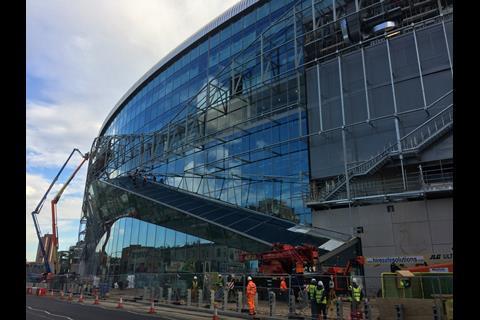 In August, Building reported that faulty wiring was being blamed for the ground busting its opening deadline.

Mark Reynolds, the chief executive of Mace, said the firm had discovered problems with the wiring for fire detection systems during commissioning and testing work.

Levy told supporters that announcing the first game against Liverpool, which was held in the middle of last month, had not been “over ambitious” and the stadium “would have been ready if not for the safety issues”.

The club must hold at least two test events before the local council, Haringey, issues the stadium with a safety certificate.

How the delay has unfolded

15 September: Original date of stadium opening against Liverpool. Spurs play game at Wembley instead and lose 2-1

1 October: Pitch begins to be laid at new ground

17 October: As delay drags on into second month, Mace says construction management route was “only viable” one to build stadium. It originally won the job under a fixed-price deal

All photos taken on 19 October