13
Down to the wire: Cranes around Spurs' stadium drops from five to three
In pictures

Down to the wire: Cranes around Spurs' stadium drops from five to three 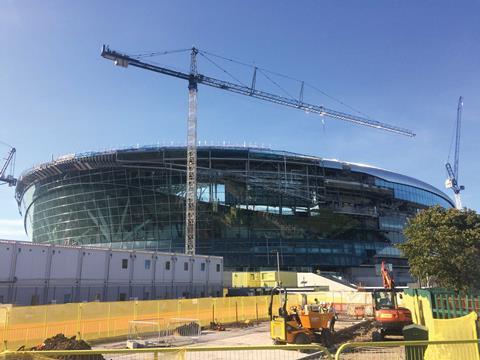 The number of tower cranes at Mace’s late-running scheme to build Tottenham Hotspur’s new stadium has gone down from five to three in the past week as the firm battles to finish the job. The ground had been due to open last weekend when Spurs played Liverpool – but the match was played at Wembley instead with the home side losing 2-1. Mace has said faulty wiring is behind the delay which has seen the club move all its home Champions League fixtures to Wembley. The club has not yet said when test events will be held at its new 62,000-capacity  ground or when the venue will formally open.