21
PFI/PPP Project of the Year
News

PFI/PPP Project of the Year 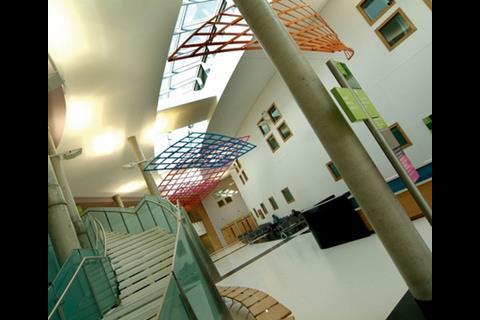 These projects prove that the PFI can deliver almost any kind of public sector project, from barracks to schools, and the winner may have changed the way we go about designing hospitals in the future

Hailed as “the best Christmas present for the people of Havering” by a local paper, the colossal £215m Queen’s Hospital in Romford is a true testament to the success of PFI. The 939-bed, 96,500m2 building was delivered three days early, by Bovis in conjunction with Barking, Havering and Redbridge NHS trust, Uberior Infrastructure Investments and Sodexho Investment Services. What makes the building truly remarkable is its unique design, which cleverly integrates function and form, seperating the flow of patients, visitors and staff and slashing travel distances. The resulting structure feels small in scale, welcoming and manageable and provides for future flexibility to achieve its aim of becoming a regional super-centre for intensive care and cancer treatment.

If there was ever an incentive to join the armed forces, this is it. In the Colchester Garrison, even junior soldiers have individual rooms. Home to the 16 Air Assault Brigade, it is one of the largest defence PFI projects in the UK and the first redevelopment of a garrison in more than 100 years. The £2.2bn project was completed three months ahead of schedule and provides state-of-the-art, living and working facilities. Its benefits extend to the community, generating jobs, services and improving local transport.

Injecting a civic identity into a deprived neighbourhood, the Brent Emergency Care and Diagnostic Centre is a radical clinical prototype for the 21st century. A dynamic team led the shortest ever PFI bidding process: 19 months, from advert to financial close. It is hoped it will become the heart of Park Royal and a catalyst for the regeneration of the area.

Kier’s library and learning centre has rejuvinated Oldham, with locals commenting that the outstanding 6,200m2 facility lifts their hearts. The centre was built above disused mines and gas works, so preventing the collapse of the site into the bowels of the earth was a challenge. But it was completed successfully, and the finished product is aesthetically pleasing and functional, with space for 246 computers, a performance area, a cafe and ecological features such as rainwater harvesting.

The future of education can be seen in this integrated school, which aims to be a nationwide centre of excellence. The design incorporates ecological technologies such as photovoltaic panels, a wind turbine and greywater collection. With extensive sports and leisure facilities, interactive whiteboards, wireless internet and performance studios, it is an environment where children can flourish.

Stepnall has a special mention by the judges as a small contractor courageously getting involved in the PFI. Delivering the £15m school for 900

students in Herefordshire, was no small feat, but using a collaborative approach and building up a rapport with the client, the quality of the school went far beyond what you’d expect from a firm of limited size and experience. Its young architects worked with students to identify what was required of the facility, which led to an innovative design with teaching needs prioritised.