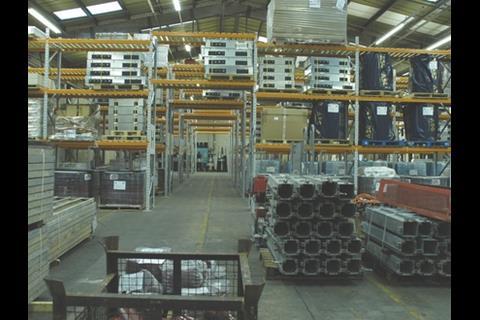 As the issue of construction waste makes its way up the agenda of government, clients and green lobby groups, the industry is under ever more pressure to sort itself out. Here are the firms that are doing just that

Wilson James deserve this accolade for looking at the bigger picture of waste and sustainability. With their consolidation centre (pictured), suppliers deliver in bulk to a central point and materials are batched and dispatched in site- and contractor-specific work packs on a just-in-time basis, reducing the number of vehicles travelling to sites and damage and waste onsite. It aims to reduce journeys by 50% and recycle up to 70% of construction waste. The first centre, set up in 2001 to serve projects at Heathrow Terminals 1-4, reduced construction costs by 2% and cut CO2 emissions 40%. With processes that make a difference and can be rolled out across the industry, Wilson James is showing us the way forward.

United Utilities, Costain and MWH are carrying out a £700m programme of works on behalf of Southern Water, which adopted a far reaching social responsibility policy that means no stone is left unturned in the quest for sustainability. Continuous improvement is espoused by the most senior staff and percolates down, so environmental and social impact becomes the personal responsibility of all. This has led it to choose the most efficient methods of construction, setting up a surplus materials exchange and installing low-energy technologies.

Avebury decided to make the Lemon Tree House development in east London a standard bearer for sustainability, despite severe constraints. The seven-storey building comprises 49 apartments for affordable rent, and retail and commercial space. Using a prefabricated timber panel system and colour-coded skips, the team reduced onsite packaging and waste by 90%. The apartments produce 60% less CO2 than the average, and can be heated for £36 a year.

The £220m Bankside 123 scheme for Land Securities isn’t due to be completed until August but the Bovis project team has already demonstrated an impressive commitment to surpassing environmental best practice. On the first of the three buildings, 97% of waste was been recycled, which cut 1,500 tonnes of CO2 emissions. Bovis also included a waste management training scheme for subcontractors and kept an eye on every use of energy during the construction process.

Crest Nicholson first set targets for sustainable development in 2002, and chief executive Stephen Stone has been championing the cause ever since. In its offices, it buys only recycled paper; onsite, it has reduced skip waste for the third consecutive year and kept the cost of waste to below 0.5% of build costs. At its eight-acre Park Central development in central Birmingham, segregation of materials wasn’t possible but it reduced the amount sent to landfill to just 1%, saving £8m.

Taylor Woodrow and plasterboard maker British Gypsum pioneered a waste segregation programme on the Greenwich Millennium Village development from 2000. They wanted to roll out this out nationally. In 2002, they signed a agreement on the specification and supply of plasterboard and a national recycling service, set targets and incentives for their own site managers and promoted it to drylining subcontractors. In 2005, 80% of plasterboard was recycled and by October 2006, its residential business had recycled16,600 tonnes.