19
Outstanding Contribution To The Industry
News

Outstanding Contribution To The Industry 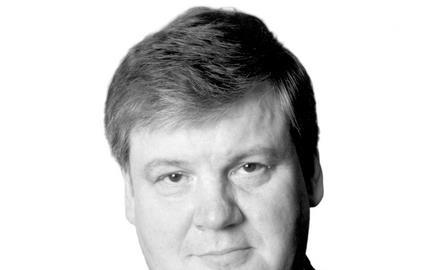 This award goes to a man who has just left full-time employment after a career spent quietly transforming everything that he’s turned his formidable mind to.

At the end of this month, Paul Morrell will leave the only firm he ever worked for professionally – Davis Langdon. Employed in the London office between the ages of 23 and 58, he rose to become senior partner for five years until 2003 and guided it through its expansion into the world’s largest cost consultant, with a total payroll of over 2,500.

If that isn’t an immense lifetime achievement for any company man, Morrell’s career amounts to much more than that. Working for cutting-edge property developers such as Hammerson, Stanhope, Greycoat and MEPC, he has helped to transform office buildings from dumb boxes and sullen slabs into cathedrals of commerce that enhance both city centres and their occupants’ working lives.

He has also applied his grasp of high-powered investment and construction to arts and cultural projects in Britain, Europe and the USA. Channelling £134m of funds into the conversion of Bankside Power station into the Tate Modern, “down to the red carpet for the Queen at the opening ceremony”, gave him particular satisfaction.

As one of the first quantity surveyors to graduate from university, Morrell neatly reverses the jibe that his profession knows the price of everything and the value of nothing. He sees the value of buildings in the broadest sense – their civic value in lifting their surroundings, their brand value in promoting the occupier, and their exchange value if they are ever sold; and most importantly, the operational value to the people using it.

He pursued such broadminded investigations as the co-founder and eventually the president of the British Council of Offices.

And he proved invaluable in counselling Building magazine as a member of its editorial advisory panel.

Penetrating insights into value also served Morrell well in what is perhaps is greatest civic role, as one of the commissioners of Cabe since 2001. “He came with a passion for design, and he has a hugely sharp, very aggressive intellect that complements the expertise of Cabe’s designers,” says its policy director, Matthew Bell. “He made comparisons across different sectors. In workshops with volume housebuilders he showed how office buildings had risen to a standard that wouldn’t have been dreamed of 20 years ago.”

Now facing the end of his full-time employment, Morrell looks forward to “a portfolio life” of freelance projects. Given how well his wide-ranging expertise is valued, he should have no shortage of assignments.