10
Engineering Consultant of the Year
News

Engineering Consultant of the Year 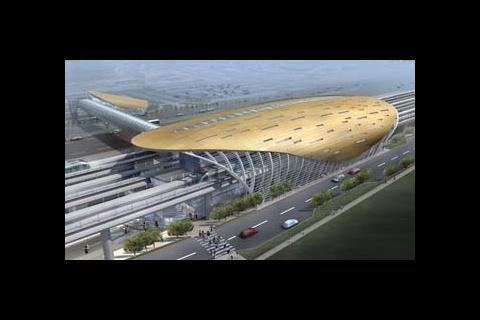 Atkins is a leader, not a follower. In the arenas of sustainable construction, health and safety and training it has implemented a range of initiatives to change the industry and set an example for others. This is reflected in its projects. In the past year it has been involved in three of the world's top green schemes, including the Bahrain World Trade Centre which has the first large-scale integration of wind turbines to generate about 15% of its energy consumption, and the Dubai International Financial Centre, which will reduce typical energy consumption by 65% and water consumption by 40%.

Last year was another spectacular one for Buro Happold. Not only did it hep transform the Millennium Dome into The 02 arena, which opened in May as one of the UK’s most advanced music, sport and entertainment venues, it also worked on a number of large-scale urban design and infrastructure schemes such as the New Wembley project. Staff numbers have grown from about 1,400 in 2006 to 1,800 in 2007 and it is planning to open an office in Copenhagen in May 2008. It is a member of the Public Sector Partnering Network, which explores new and innovative forms of partnering, and of the Department of Transport, Local Government and the Regions’ taskforce on strategic service delivery partnerships. This year it developed a real-scale simulation software that replicates the behaviour of roof structures so it could evaluate their design.

This firm has spent the past year transforming the way we build. This has included writing a guide for CIBSE on sustainable design, which explains how to help the UK meet its aim of reducing carbon emissions by 60% by 2050 and provides the government, industry bodies and manufacturers with technical advice. In addition, it has spent 2.6% of its turnover on training, given 1.7% of its profit to charity, participated in a $3bn listing on the New York Stock Exchange and opened 12 new offices. Its Bernie Grant Arts Centre was described by Time Out as one of the most important recent additions to London’s cultural landscape. It was also involved in the Stephen Lawrence centre, which provides training for disadvantaged students interested in pursuing further education in architecture or design.

The newly merged consultant prides itself on new thinking and to that effect it has removed cubicles, dress codes and unnecessary hierarchies from its offices to encourage the freer flow of ideas between staff. In addition it has saved 174 tonnes of carbon this year compared with a typical office. It plans to improve this by 25% by 2010. Currently it is working on more than 600 projects across 16 sectors, including a £300m stadium for Liverpool Football Club, an extension to the British Museum and the David Chipperfield-designed Hepworth Gallery.

Last year was the 10th anniversary of White Young Green and its most successful to date. Client care is one of its core values, and it sees it as a natural extension of the way it treats its staff. At home and abroad it has maintained its usual standard of excellence and sensitivity, and that has led to several awards. Its projects have includes a £90m rural water and sanitation project in Damascus, Syria, an ecocentre in Cockermouth school in Northumberland and the Phaeno Science centre in Wolfsburg, Germany, where it employed several innovations, including self-compacting concrete.

In 2007 WSP celebrated 20 years as a public company and during this time it has made its vision – to be an outstanding supplier of services in the built and natural environment – a reality. Apart from excellent performance and strong growth, it made several acquisitions last year, including Lincolne Scott in Australia, CEL International in the UK, CBP Consulting Engineers in Germany and SEi in the USA. This has expanded its worldwide reach even further.