A timeline of Kier’s financial problems 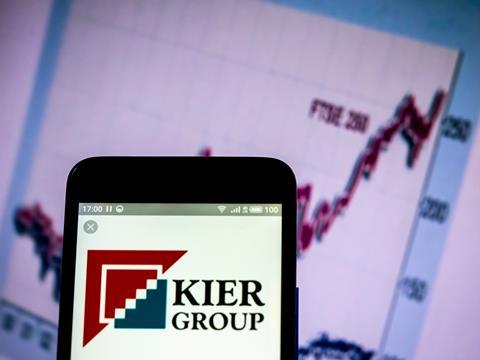 It’s been a tumultuous 12 months for the country’s second biggest contractor.

The company has been hit by a rights issue, two writedowns, big ticket losses and a revolving door at management level all since last August.

Now new chief executive Andrew Davies, who joined the company in March, has announced plans to sell of the company’s housing business and axe 1,200 jobs.

Take a look back at the events that led to the company’s financial turmoil.

A timeline of the latest Kier news

1 August 2019: Kier choses cost-cutting expert Simon Kesterton to take over as chief financial officer – as it issues another profit warning

17 June 2019: Chief executive Andrew Davies says Kier is taking the axe to more than 5% of its workforce and selling its housing business

3 June 2019: Kier’s shares are worth less than at any time since it was listed in 1996 after the struggling contractor announced another surprise writedown

7 May 2019: Kier confirms its finance boss Bev Dew is set to leave the company after more than four years in the role

15 April 2019: New Kier chief executive Andrew Davies orders a strategic review of the business on his first day in the job

19 March 2019: Andrew Davies is named Kier’s chief executive more than a year after he was due to take over the helm at Carillion

1 February 2019: Kier is revealed to be the slowest payer among the top 10 contractors and housebuilders

20 December 2018: It’s revealed just over a third of Kier’s new shares offered as part of its rights issue have been taken up by existing investors

4 December 2018: It’s revealed Kier’s shares have lost around 40% of their value since the contractor’s shock rights issue

20 September 2018: Kier’s management promises to address spiralling debt after reporting a 17% increase in net debt in its results.

18 September 2018: Kier sells its pensions arm for up to £3.5m as part of its ongoing drive to streamline the business