Building Awards 2018: Construction Consultant/Surveyor of the Year (more than 100 staff)

In just six years London-based Core Five has grown from six to 108 people and seen turnover rise from £600,000 in its first year to £14m in its sixth. Revenue from existing clients was 71% of overall turnover, and longstanding relationships include those with British Land, Grainger, Deutsche Bank, Landsec, Native Land and Berkeley Group. The firm has worked on more than 50 £100m-plus schemes in the past year and £14bn of planned construction. Projects have included Fulham Football Club’s new Riverside stand (pictured) and Bankside Yards in the capital. 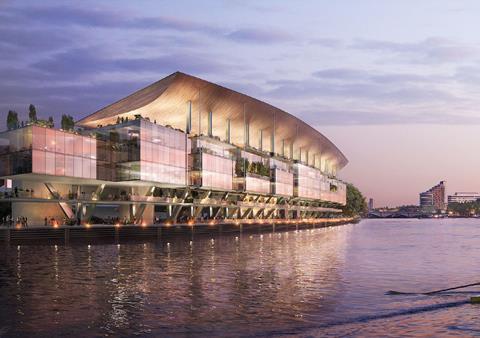 Aecom has moved from a supplier to a front-end advisory role, a shift that led to the creation of an infrastructure cost and project management team that has gone on to provide services to clients including Wessex Water, Anglian Water, the Environment Agency and HS2. It also cost managed the delivery of Bloomberg’s new London headquarters and worked on several schemes overseas for the Foreign and Commonwealth Office. UK fee income rose more than 25% last year.

Following the acquisition of Sweett Group in late 2016, 2017 saw staff numbers rise by 73% to more than 600, while turnover grew 62% to £53m. The firm scored project wins on HS2 stations and the Palace of Westminster restoration, with framework successes on Crown Commercial Service project management and consultancy services. Forward orders now exceed £50m. It has invested heavily in recruitment and development, with a graduate intake programme that is 50% female.

In a turbulent period for the industry, Mace increased its fee income by 12% in the last year and launched several initiatives to boost innovation, wellbeing and development. Notable projects in the past 12 months included building a new temporary school for pupils of the Kensington Aldridge Academy – whose original building sat at the foot of Grenfell Tower – made from portable prefabricated buildings, in just nine weeks. The firm was also appointed as the Ministry of Justice’s delivery partner for its Prison Estate Transformation Programme to deliver up to 10,000 prison places.

Bristol-based Malcolm Hollis saw fee income rise 14% in the past year while staff numbers increased by 22%. Two new offices in Germany and two more in the UK brought its total to 23 locations across eight countries. Project management generated more than one-quarter of total turnover and under its new head, Chris McCartney, last year the service grew by 10% – an impressive figure amid Brexit uncertainty. While gaining major new clients this year almost 90% of the firm’s work stems from repeat business.

With an emphasis on investment in staff, Mott MacDonald saw a 25% rise in profitability within its advisory team in the past year, with wins including Singapore Changi airport and New York’s JFK airport as well as a commercial management office commission for a US global tech giant. The firm works with Skills 4 UK to support gender diversity and retention and has introduced unconscious bias training. In a survey, 100% of customers said they would recommend the firm.

RLB has worked on more than 1,200 projects worth a total of £5.5bn in the past year, across sectors including residential, commercial, health, education and nuclear, with 85% of work being repeat business. It has opened two new offices and grown turnover by over one-fifth. The firm helped deliver the temporary school for students of Kensington Aldridge Academy, as well as the £48m Leicester Royal Infirmary’s emergency department.